Unexpectedly, in the past 20 years, chromatin and epigenetic modifications have been shown to play an important role in the regulation of alternative splicing. In particular, we have shown that non-coding RNAs and histone modifications can communicate with the splicing machinery via recruitment of chromatin/splicing-adaptor complexes.

Our objectives now are to better understand the role of chromatin, enhancers and long non-coding RNAs in the onset and maintenance of a cell-specific splicing program, using as an inducible cell reprogramming model system the epithelial-to-mesenchymal transition (EMT), a process involved in early development and cancer metastasis. For that purpose, we will use state-of-the-art deep sequencing approaches (RNA-seq, ChIP-seq, 4C-seq), combined with molecular and cell biology tools (CRISPR/dCas9), to depict the molecular mechanisms of cell-specific alternative splicing regulation in a cancer-relevant model system, the EMT. 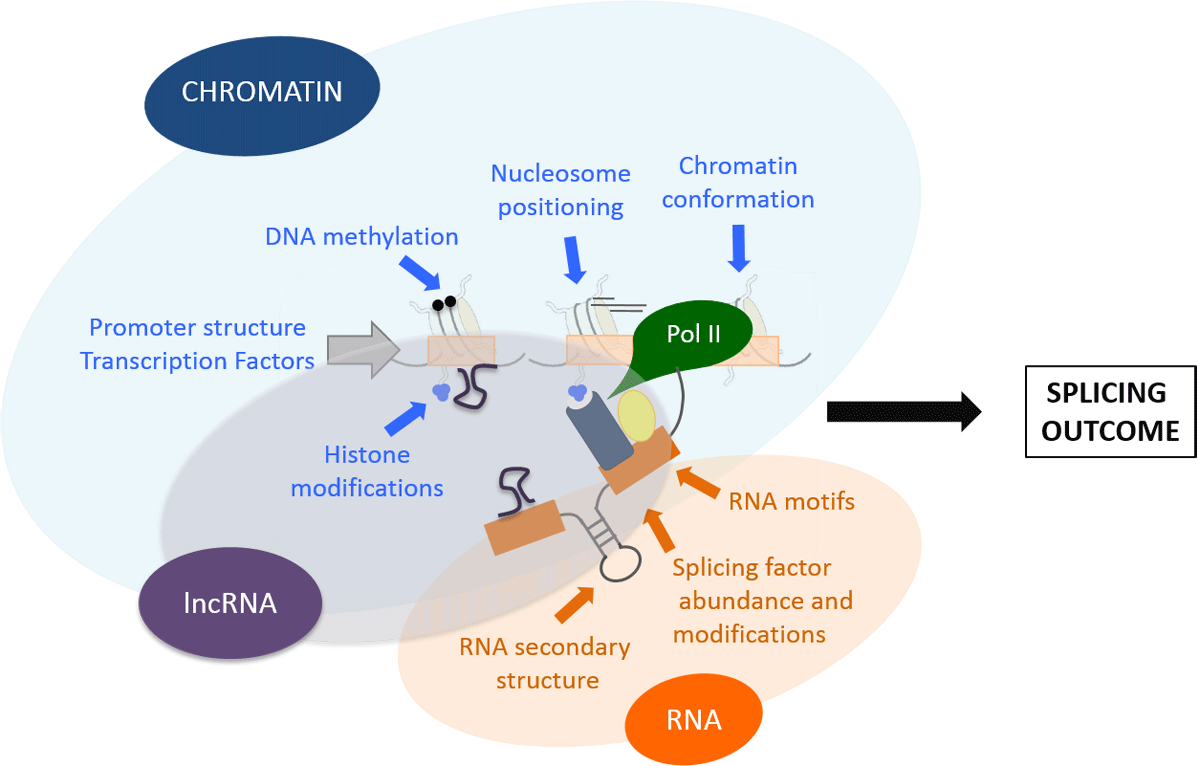 The regulation of alternative splicing is a multilayer process in which chromatin (in blue), long non-coding RNAs (in purple) and RNA binding factors (in orange) work in an integrated way to establish the final splicing outcome.

Publications of the team 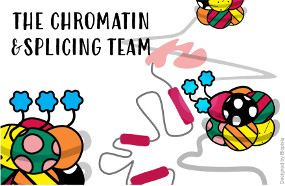 send a message to